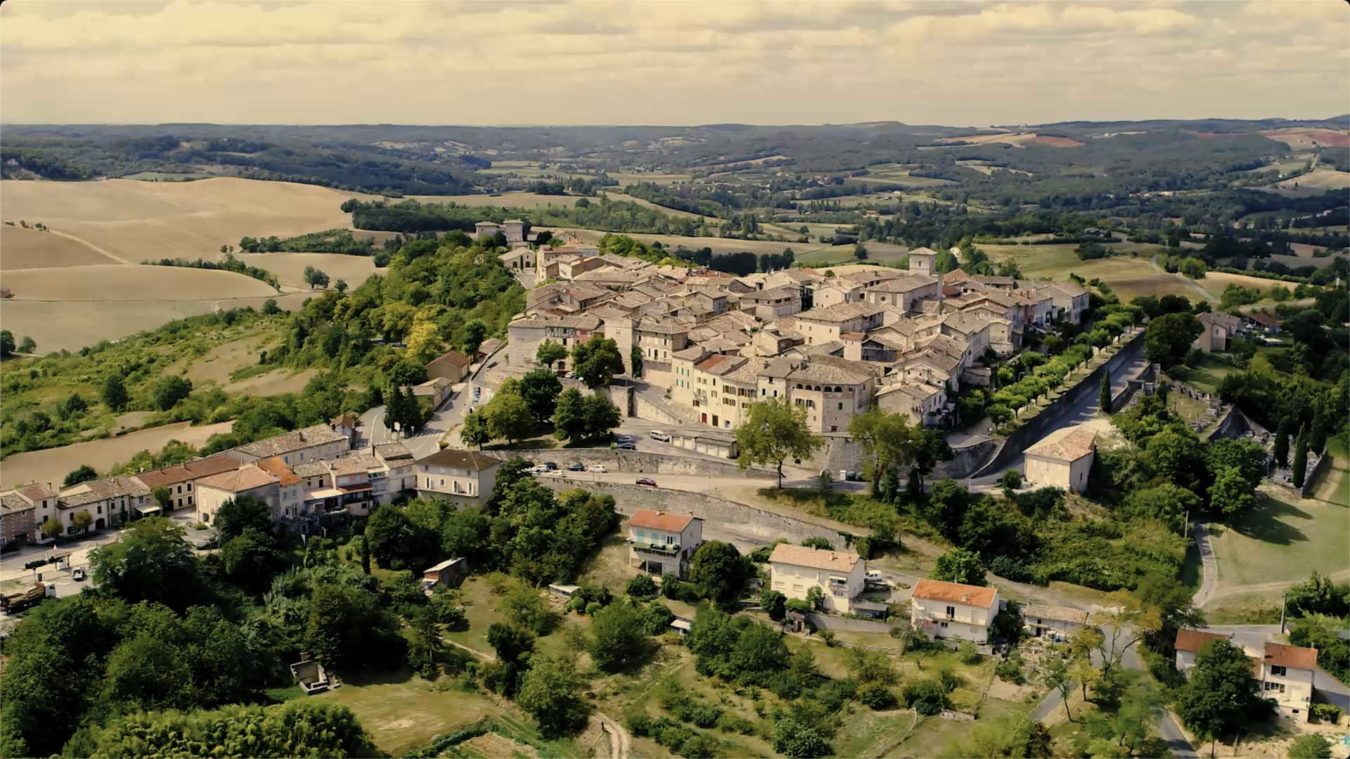 The circuit of the Albigensian bastides: Hilltop villages, fortified bastides, medieval towns, “eagle’s nests” … all have a unique soul and atmosphere. A charm ! The towns and villages of Tarn tell the story of these women and men with strong character. The Tarn offers itself to our curious eyes with its special light, its authenticity, its rich history and its incomparable heritage, its astonishing nature, its welcoming inhabitants, its little unsuspected discoveries!

It is a medieval city proudly dominating the Tarn valley. And seen from the inside, the village, classified among the “Most beautiful villages in France“, justifies this impression of an impregnable fortress. Today it is a haven of peace, the charming central square of which is refused to cars, for the pleasure and well-being of all. A jewel inherited from the Middle Ages, the city houses, among other things, the Church of Our Lady of the Assumption and its religious goldsmith treasure: the Reliquary Cross of the Counts of Armagnac.

That’s not all, nature lovers will be able to discover magnificent trails and viewpoints on foot, by bike and even on horseback for a stroll through time … Nearby, you can immerse yourself in the heart of nature with the forests Domaniale de la Grésigne and Sivens.

Medieval, fortified village, built on an enormous rock dominating the Vère river, whose ramparts are flanked by 2 towers and pierced with fortified gates. Puycelsi is one of the Most Beautiful Villages in France.

Arrived at the top of the coast, you pass the ramparts and discover the narrow and almost secret passages, the alleys, the rampart walk, the fortified gates… Puycelsi has preserved the charm and the mystery of the medieval bastides. Adjacent to the village, the Conservatory Orchard reveals old fruit varieties of apples, pears and grapes.

Lisle sur Tarn, an old bastide-port.
Formerly the port of Lisle sur Tarn was a major place for the trade of pastel, wine and cereals. The Place aux Cages, adorned with the Griffoul fountain, is the largest in the southwest and further testifies to the city’s significant economic prosperity.

Today the port no longer exists, but Lisle sur Tarn has kept splendid corbelled houses still fitted with bridges (constructions connecting the houses of sides and other streets). If you love art, stop at the Raymond Lafage Museum to discover drawings, engravings and sculptures from yesterday and today.

Penne a charming village, known as the eagle’s nest or citadel of vertigo, stands like a silent sentinel above the Gorges de l’Aveyron, between Albigeois, Quercy and Rouergue. The winding streets of the village have kept the atmosphere of yesteryear and will lead you to the castle.

Built on a rocky outcrop, this medieval building is a place whose origins date back to the time of the knights and lords of the Middle Ages. This site, unique in Occitania, preserved and fascinating, is aimed at walkers and informed medievalists. We go up to the conquest of the castle of Penne

The pearl of the bastides, elected favorite village of the French in 2014, discover its medieval alleys (cobbled) steeped in 800 years of history and the valley that surrounds it. You suddenly immerse yourself in the medieval atmosphere: fortified gates, ramparts, sculpted Gothic facades and small hidden corners. The charm operates at the first step.

Take advantage of the many artisan workshops and galleries. Delicatessens, bakeries, restaurants … there are so many places to savor Tarn specialties, not to mention the village specialty: crunchy Cordes!

COMPLIANCE NOTICE: All rentals offered have been checked. They meet our objective criteria so that they best meet your comfort and quality requirements.

This website uses cookies to improve your experience while you navigate through the website. Out of these, the cookies that are categorized as necessary are stored on your browser as they are essential for the working of basic functionalities of the website. We also use third-party cookies that help us analyze and understand how you use this website. These cookies will be stored in your browser only with your consent. You also have the option to opt-out of these cookies. But opting out of some of these cookies may affect your browsing experience.
SAVE & ACCEPT